A controversial start-up company has begun selling young blood plasma to those who are interested in combating the effects of aging. Ambrosia, LLC – based in Monterey, CA - offers the plasma from teenagers and young adults for $8,000 per transfusion.

The Fight Against Aging

The company's clinical trial (ClinicalTrials.gov Identifier: NCT02803554) is underway, but initial reports suggest that young blood may help improve a range of diseases, including Alzheimer's disease, heart disease, and cancer. Some Alzheimer's disease patients who received transfusions have shown improved cognition and lower levels of amyloid, a protein found in the brains of those with the disease. Although these reports appear exciting, none of the findings have been published in a peer-reviewed journal.

The idea of young blood plasma transfusions used to combat age-related diseases and Alzheimer's disease-related impairments may sound more like science fiction than reality. But research studies investigating its potential benefit have been published recently in top scientific journals. Some findings showed that surgically pairing aged mice with younger mice to share blood flow for nearly four weeks can reverse brain dysfunction in the older mice, including the ability to generate new cells. The older mice who received blood plasma from young mice also performed better on cognitive tasks.

Transfusions of young blood plasma also showed evidence of effectively improving the brain dysfunction and cognitive impairments in mice who had been genetically engineered to model Alzheimer's disease. The blood plasma restored the levels of proteins in the brain that help cells communicate effectively and protect against neural death and it also improved the performance of cognitive tasks in these mice, just as it had in the older mice.

Biomarkers in the Blood

Different studies evaluated molecular and protein markers to understand how young blood benefits older individuals. It appears that the blood plasma of young animals carries helpful factors into the brain's blood vessels. They bring about healthy brain function by altering gene expression and stimulating the growth of new cells.

It is unclear exactly which elements in young blood plasma work to fight the effects of aging. It is also uncertain how long any benefits from these transfusions will last and if any negative side effects appear after long-term use.

More research in animals will help scientists better understand how transfusions of young blood plasma affect the aging process and age-related diseases so that more refined and less expensive treatments can be made available. In the meantime, if you are over 35, can part with $8,000, and have a little bravery and curiosity, Ambrosia may let you test the benefits of young blood plasma transfusions for yourself. 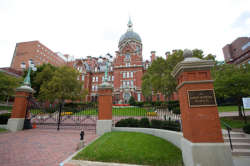